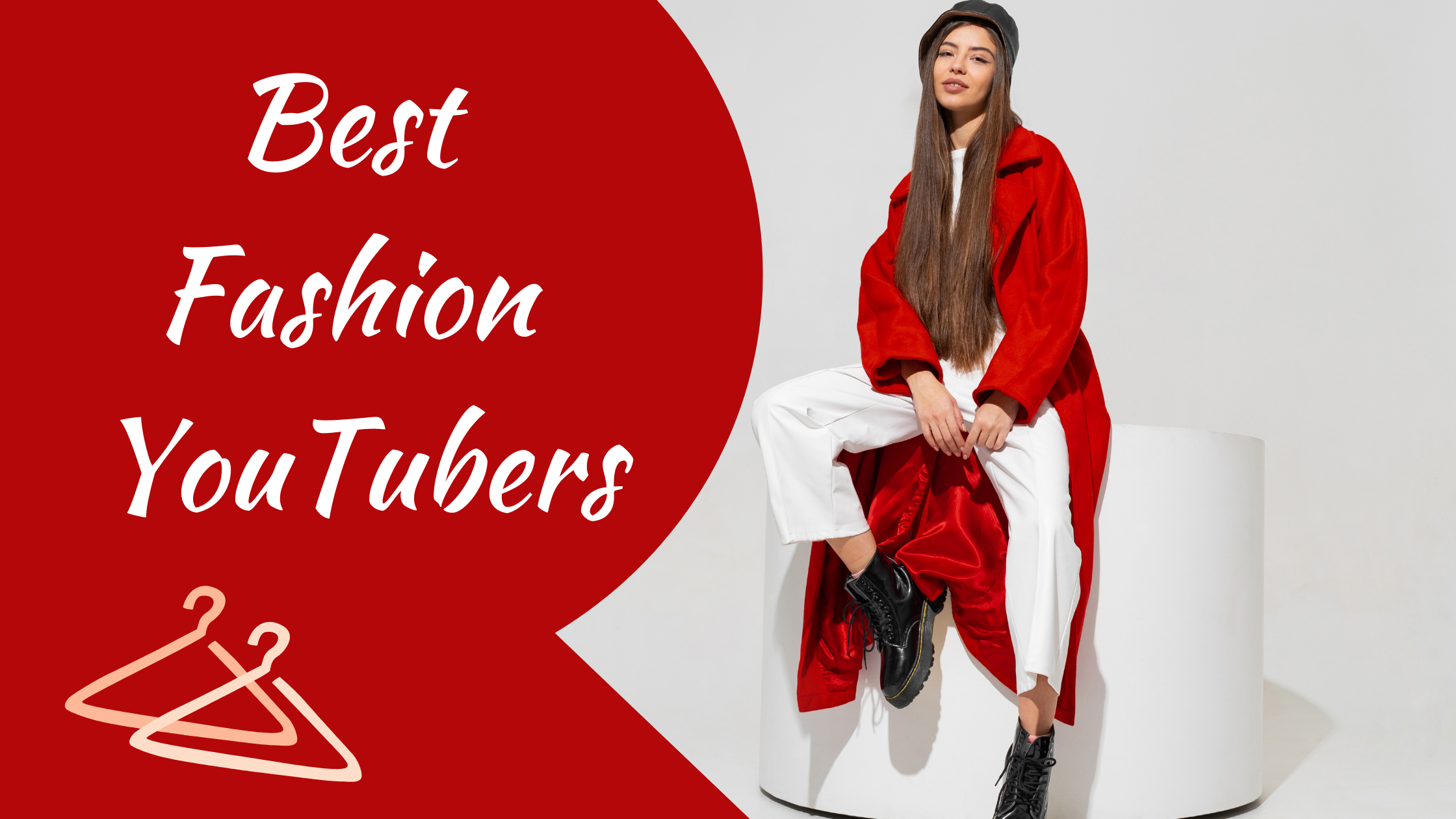 Fashion is something that a lot of us often don’t think about consciously. But it does affect our social life and how we feel. Everyone needs to feel and look good. Fashion does not have to be about only your clothing and makeup. It needs to make you feel good and confident about yourself. Today, we will be taking a look at some of the best fashion YouTubers out there who have amazing personalities and provide good tips to people looking to understand a bit more about the topic.

We have included all kinds of fashion YouTubers. The idea is to focus on the content and the originality that these people bring to the table. 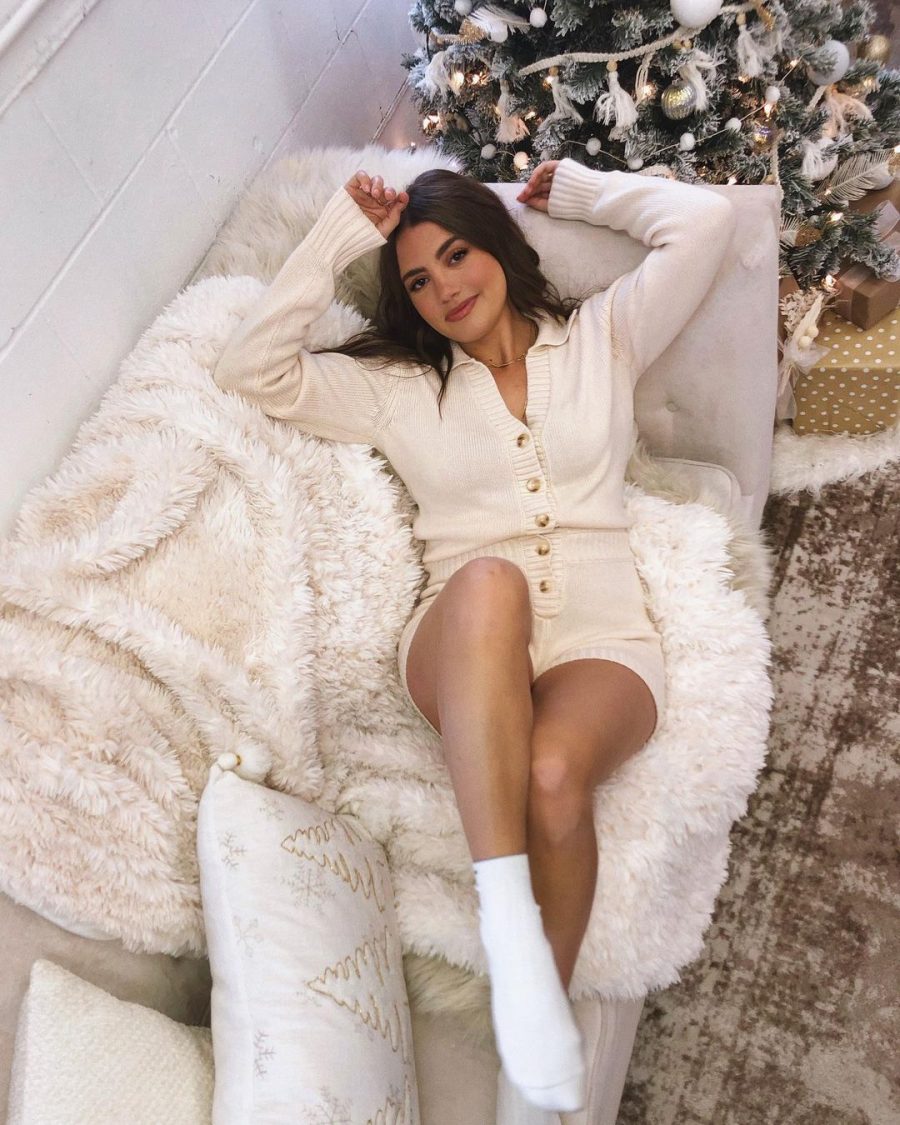 Tess Christine is one of the fashion YouTubers who started way back. She started her channel in 2011 and has become one of the most popular fashion and beauty YouTubers on the platform. For more than a decade Tess has created content on YouTube. She has over 2.33 million subscribers on her channel and often uploads daily vlogs. She has more than 107 million views on her videos combined.

Over the years she has uploaded 228 videos which are not that many considering her time on YouTube. But guess she embraced quality over quantity. Tess is also quite active on Instagram and Twitter. She has 720k followers and 77k followers on those platforms respectively. She generally uploads Vlog-style videos on her channel and also focuses on creating fashion-centered content.

Her style is unique and her videos are very friendly and often quite informative. Tess was diagnosed with breast cancer recently and has undergone a mastectomy. We hope she recovers from this unfortunate situation. 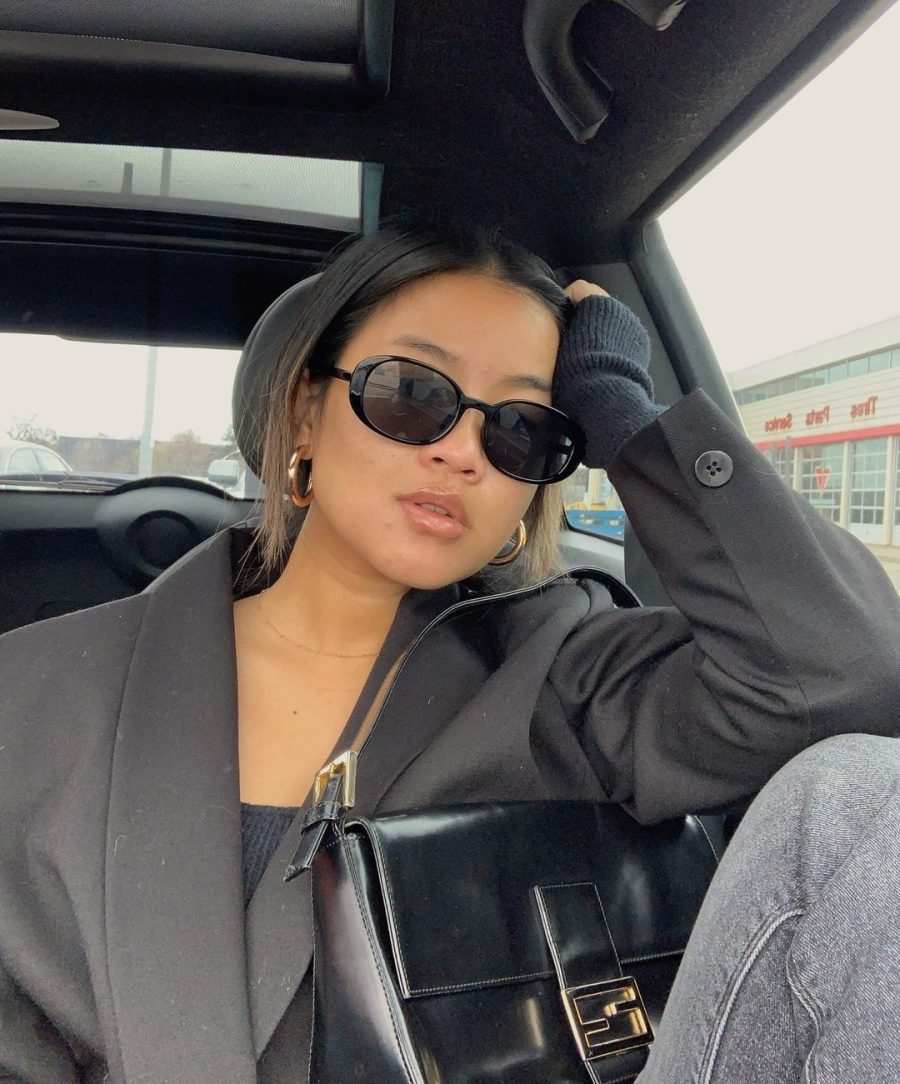 Rachel Spencer is an up and coming fashion YouTuber who is active in the fashion niche on YouTube. She has over 245k subscribers on her channel. Her channel has over 570 video uploads and the total video view of her channel is over 26 million. Yeah! Many people love watching her videos and if you are looking for a fashion YouTuber to follow, you should check out her content as well.

Rach does come from a fashion background as she was the lifestyle editor of the MUSE magazine. Her blogs are popular among people looking for DIY and fashion tips in this niche. She brought her knowledge to YouTube as we and people appreciated it. Rachel even founded a company called Shop Spenny which deals in vintage flannel. Rachel posts informative fashion and lifestyle videos. She also uploads Vlogs on her channel that give us frequent looks at her daily life. 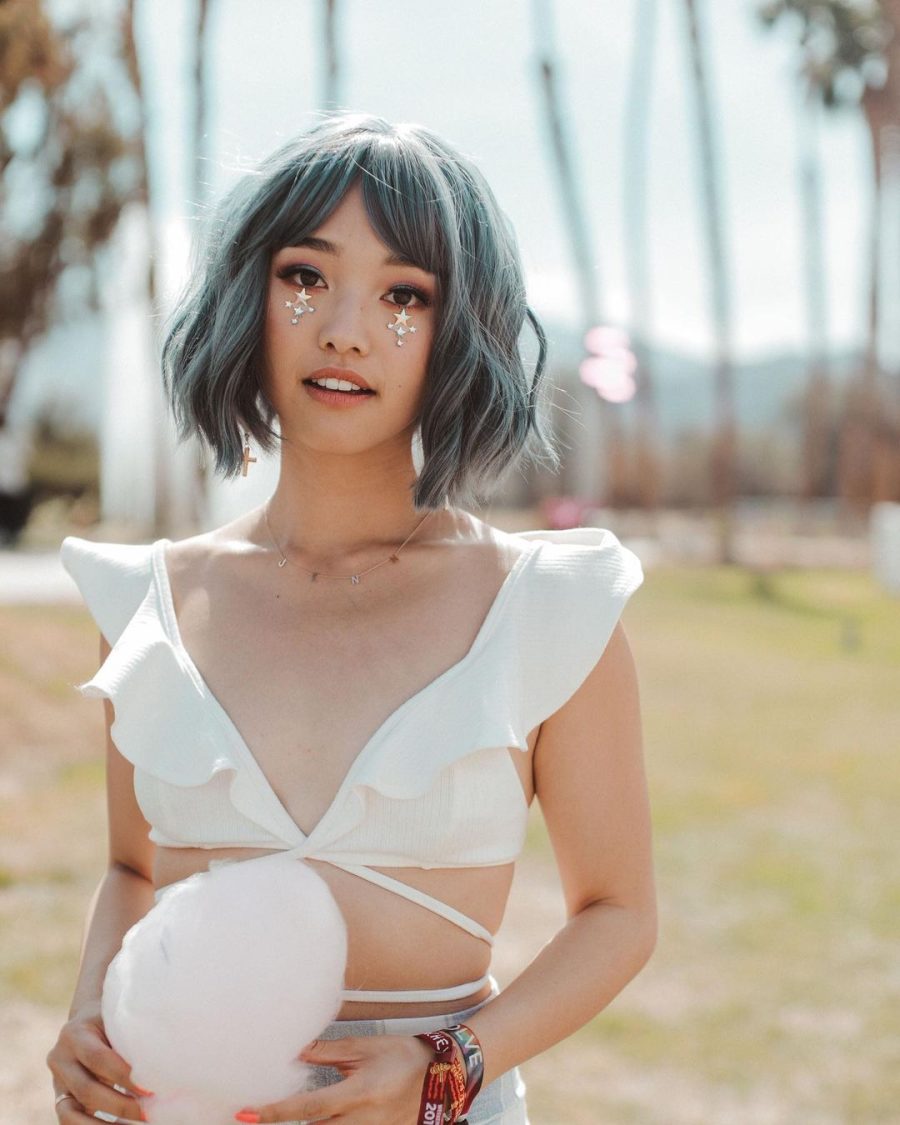 Jenn Im has to be one of the most popular fashion YouTubers who has been relevant in the YouTube fashion scene for a long time.  She has 3.16 million followers and has uploaded a total of 844 videos to date. She gets a good number of views on her videos and has a total of 358 million video views on her channel. The channel started in 2010 and was initially called ClothesEncounters.

She along with Sarah Chu owned and created content for the channel. The reason they got good attention initially is that they focused on affordable fashion. Eventually, Sarah left the channel when Jenn went for higher studies. Jenn continued making videos for the channel and grew it to what it is today. Jenn has been associated with various and has even started her make-up and clothing lines named Jenn Ne Sais Quoi and Eggie respectively. You can follow her on Instagram, TikTok and Twitter as well. 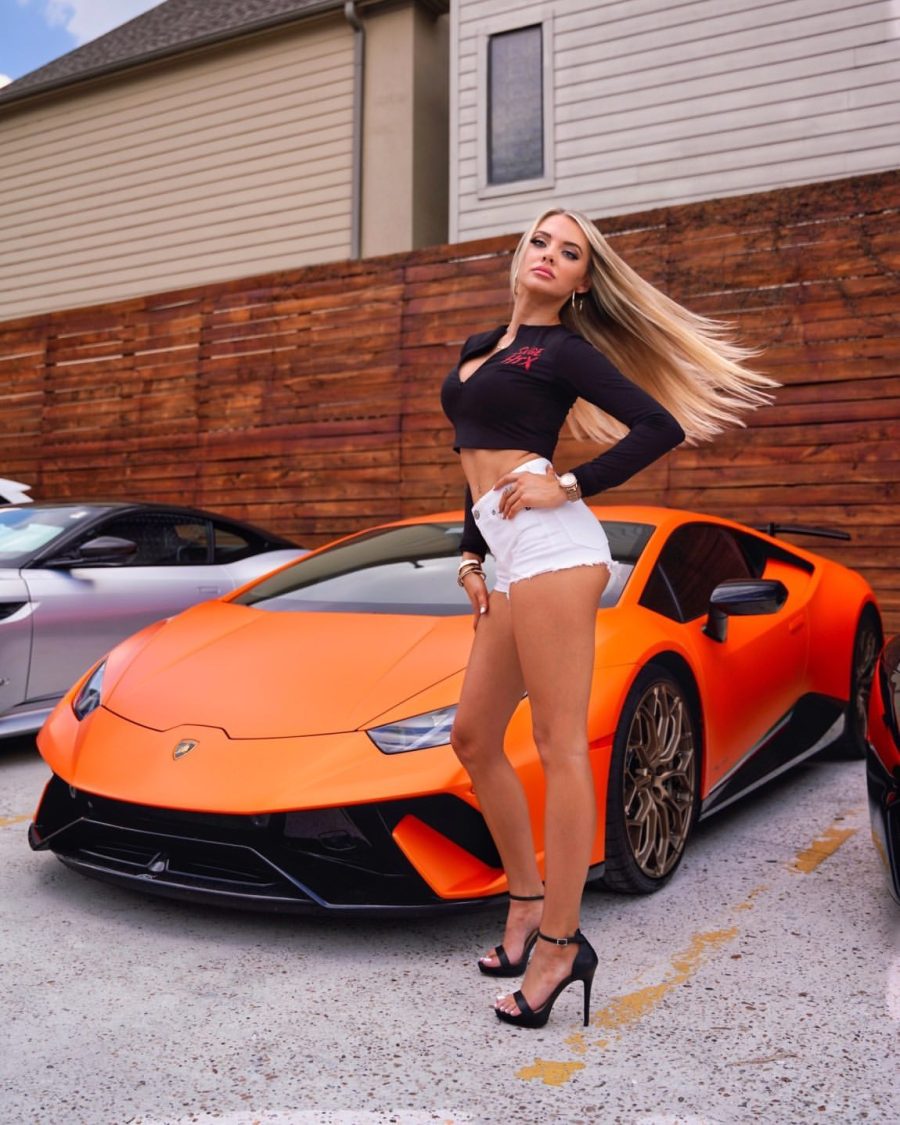 Miss Alex has been in the YouTube fashion scene for a few years now. She has more than 888k subscribers on her channel. She is a fashion guru of sorts and focuses on creating videos giving make-up and clothing tips. Alex is also known for making informative hair care videos. She has over 335 uploads on her channel and the total video views are around 84 million. She is from the United Kingdom and is active on multiple social media platforms.

Alex started to post hair care and styling videos on her YouTube channel. These gained good traction. Alex often found it difficult to find decent clothing for her petite figure. So, she had to be more proactive in finding things that looked good on her frame. She started documenting her findings and sharing useful tips on YouTube.

Her channel soon started gaining notice from people who were having similar trouble and her channel grew. She is active on Instagram under the username Alexandra.Croney. 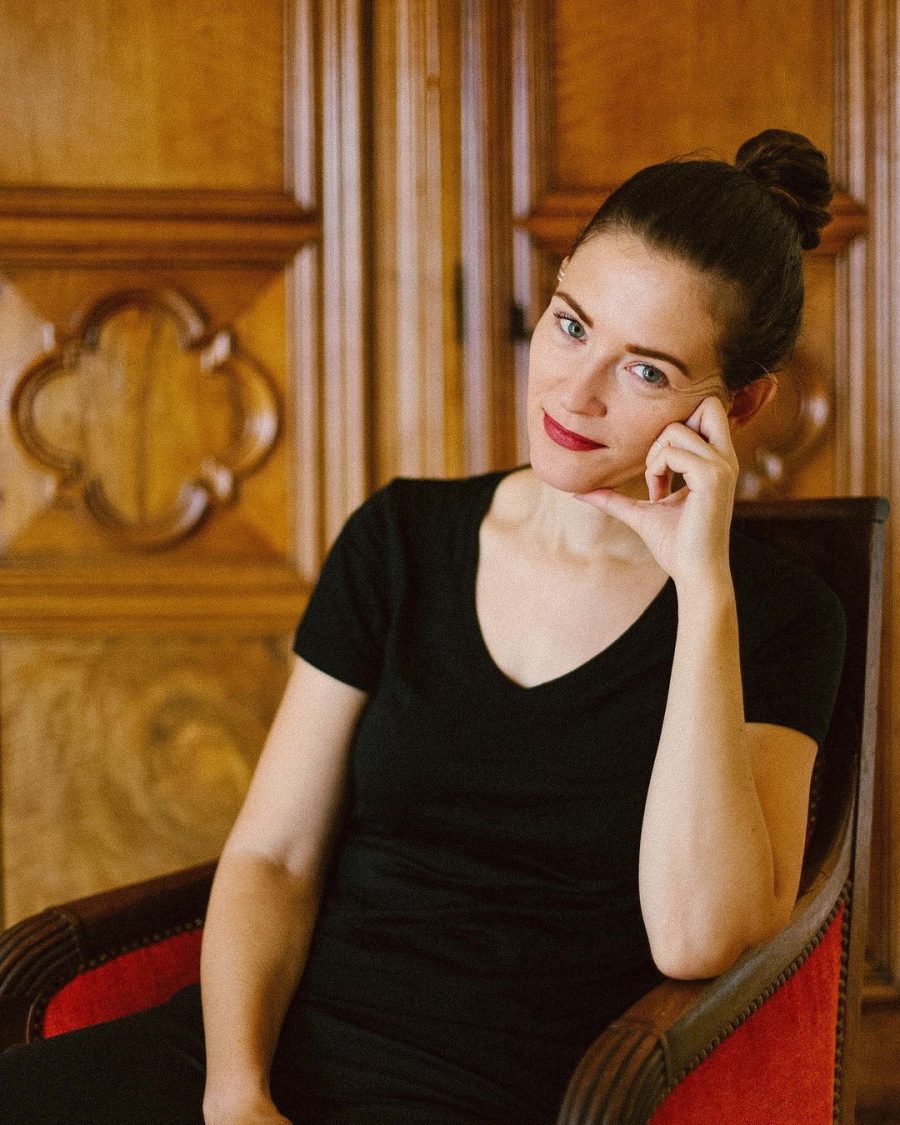 She is a popular fashion influencer who does fashion videos on her YouTube channel. Justine is a fashion and jewelry designer. She initially started her career in business but decided to follow her passion. She went back to school to get trained as a designer for womenswear and accessories. Justine is a highly productive individual with a clear vision. She went into the fashion field knowing full well what she had to do.

She was going to have her fashion label. Justine made her aim a reality by starting her womenswear label in Berlin, Germany. She also started her jewelry collection in 2017. Justine’s channel has 949k subscribers and she has over 274 uploads there. The total number of video views comes to 95.3 million. Justine’s videos focus on providing fashion tips. She was residing in Berlin for a long time but recently decided to leave the city. 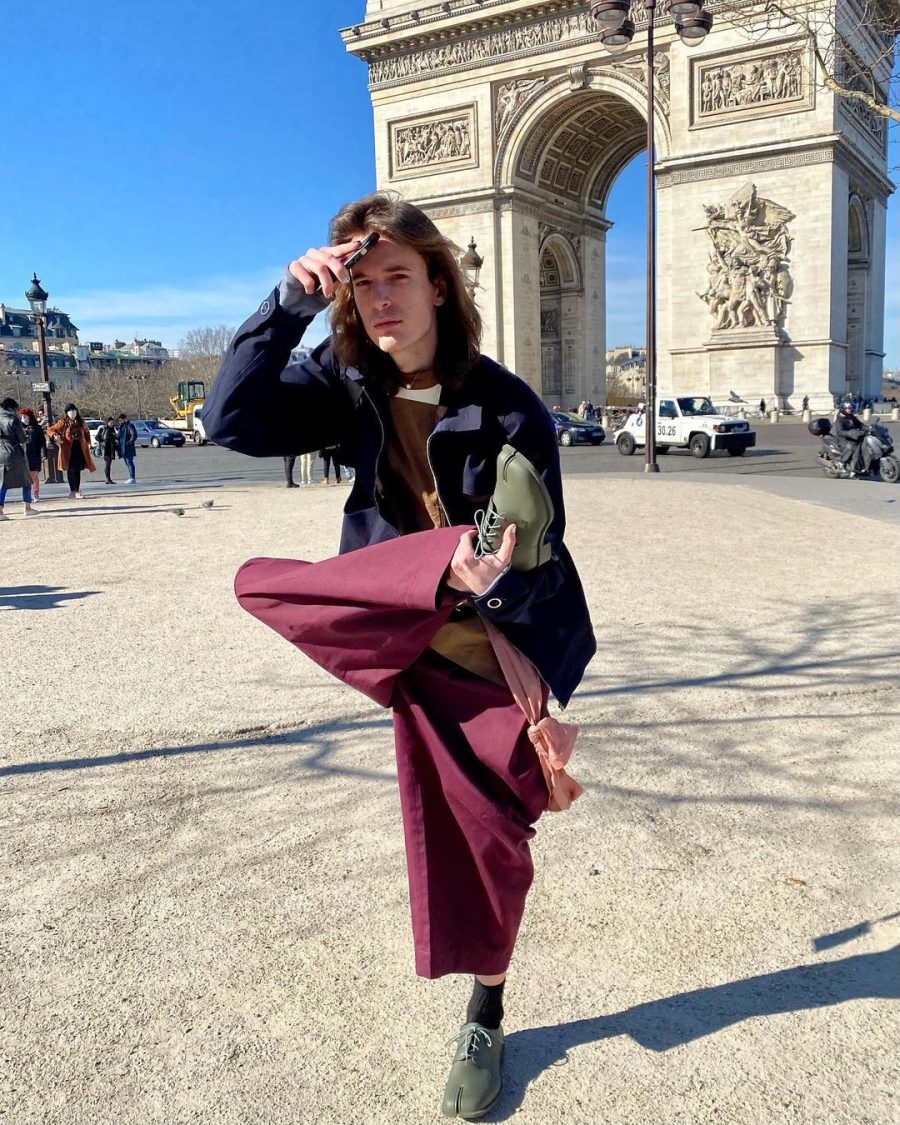 One of the channels you should keep an eye on if you like fashion is BlissFoster. It is a different sort of channel. It focuses more on documenting fashion than fashion tips. They are more video essays on different fashion topics. Bliss Foster’s channel has 138 uploads with total video views coming to around 5.26 million. The channel has a total subscriber count of 145k. Bliss is a commentator in the fashion niche and uploads a bunch of fashion-related content on his channel.

He often looks into Martin Margiela’s runway show. His first video included him talking about a pair of trousers he liked a lot and buying them from a store in New York. The video has been privated. If you like fashion commentary then you will enjoy this channel. 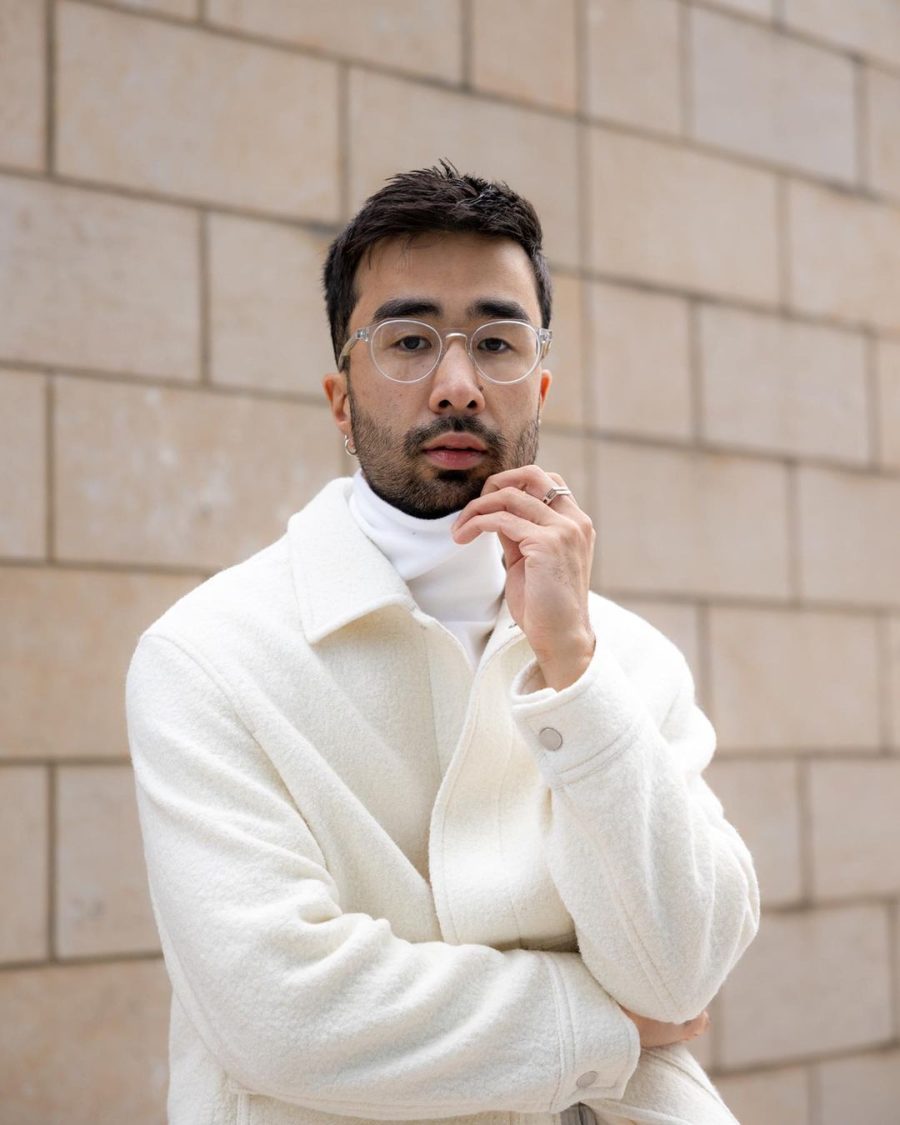 Tim aims to use his content to empower people to think about fashion and follow it. His videos are fun to watch since he has a very confident and likable personality. One of his most viewed videos is – 6 ways to wear a white T-shirt. It has around 2.6 million views. This is a good channel for men’s fashion advice. 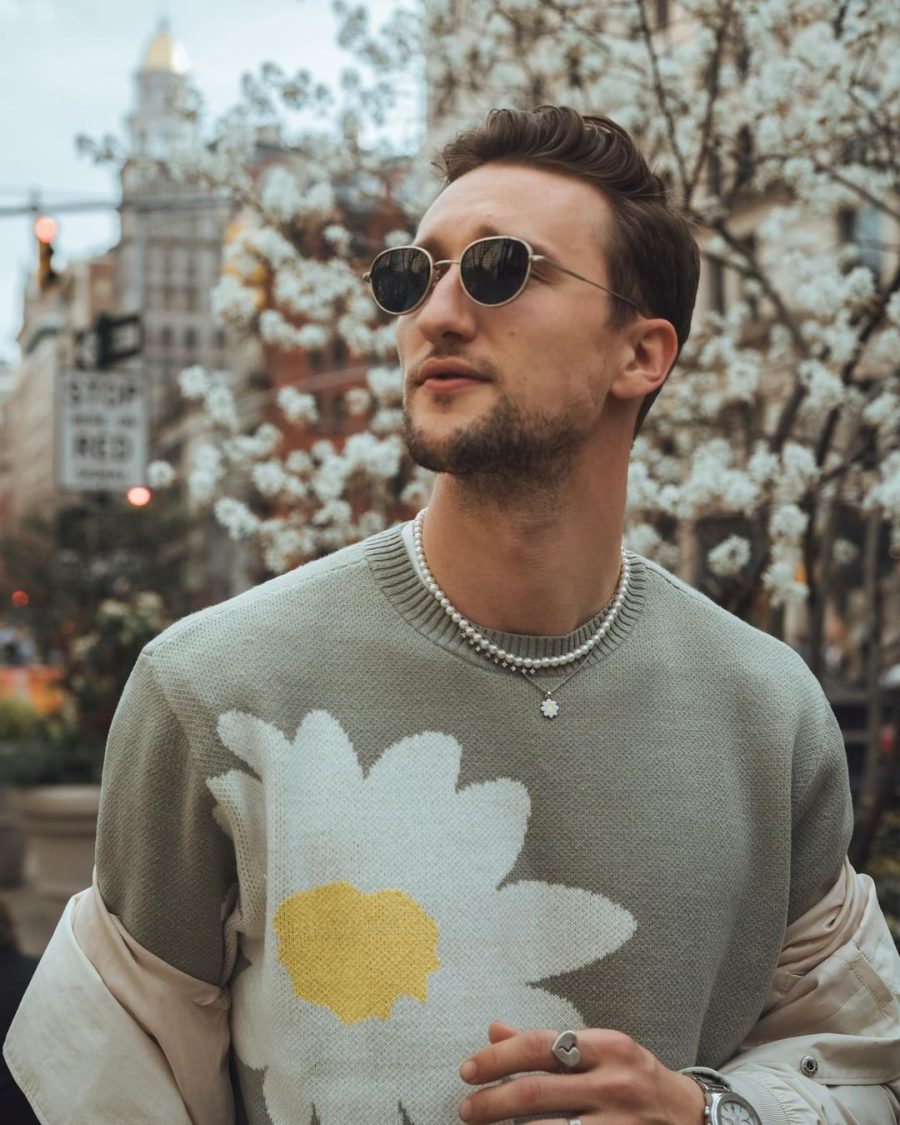 If you want to follow a men’s fashion blogger and vlogger then you have to check out Marcel Floruss. Known by the name of his popular YouTube channel, One Dapper Street, Marcel is one of the most influential fashion influencers in the menswear and accessories niche. Forbes even put him on their 30 Under 30 List. He is originally from Germany but moved to New York to study fashion. Today Marcel has over 1.01 million subscribers on his YouTube channel.

He has uploaded a total of 585 videos and amassed over 79.6 million video views. He is very knowledgeable. Check out his channel to learn more about men’s fashion. You might pick up a thing or two. 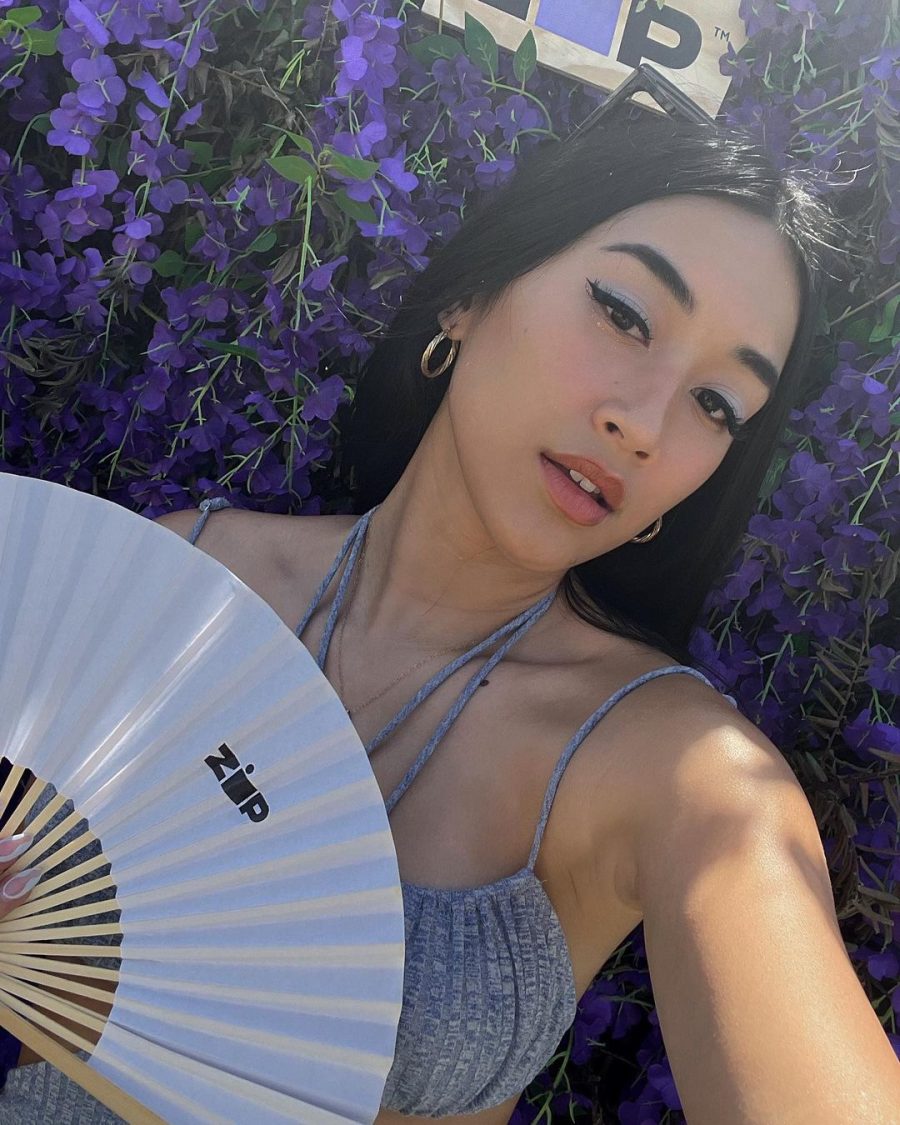 Cassie and Ricci are content creators on YouTube. Their videos look great and deliver good entertainment. The duo’s channel ToThe9s has nearly 600k subscribers and they have uploaded over 322 videos. The total number of video views comes to around 40 million. Cassie and Ricci hail from Canada. They are students who use the channel to showcase their passion.

Their content alternate from Vlogging videos to fashion ones. For example, their recent videos are themed on their weddings and occasionally on outfits. If you like that kind of stuff then you might enjoy their videos. The duo also has an Instagram @weartothe9s. You can follow them there as well for some good content. 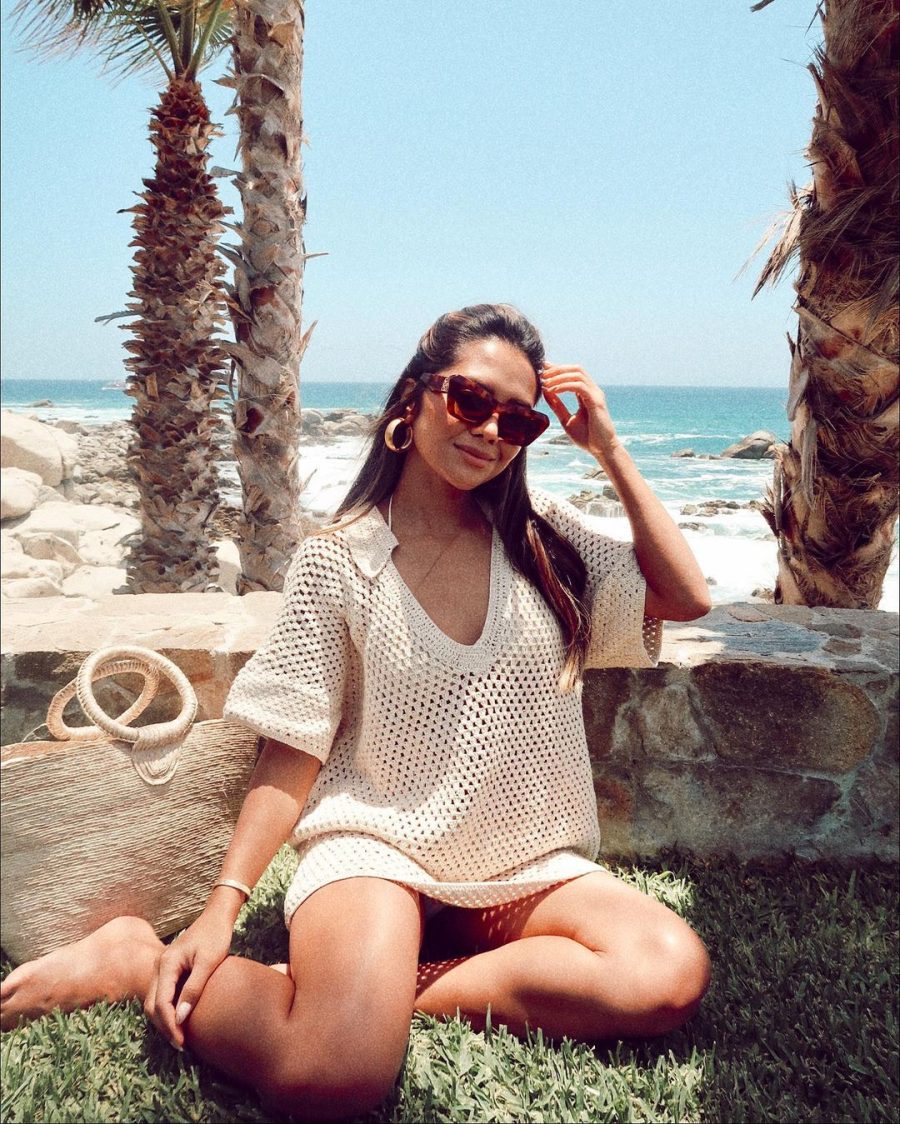 Naomi Boyer is a cheerful and decent fashion influencer and vlogger on YouTube. She creates fashion vlogs and videos. You will enjoy seeing her fun personality shine through her videos. Naomi currently has 473k subscribers on her channel. She has uploaded over 547 videos that have accumulated over 44.1 million views. Naomi is from the US.

Her outfit videos can be quite informative. She is very knowledgeable and she has an eye for affordable fashion that looks decent. Besides uploading videos about nice outfits Naomi also focuses on providing styling tips to her viewers. So, if you want to improve your fashion sense and have better style check out her videos. 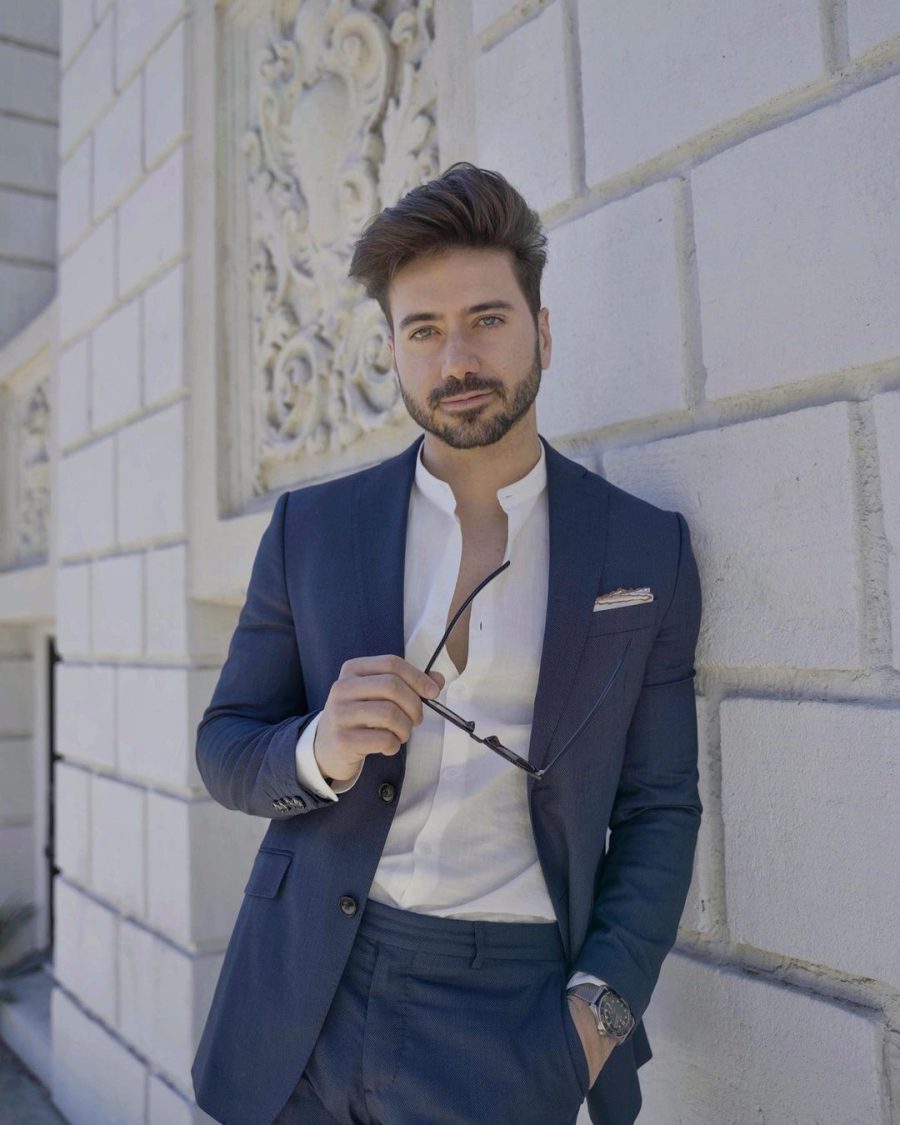 But he often posts decent videos that provide fashion and grooming tips for men. He is a Brazilian and currently resides in the US in LA. His life is an inspiration for many since he worked his way up from being a waiter, security guard etc. to becoming a content partnership manager at Google and now is a fashion influencer. Alex got his start on Instagram and then started making content on YouTube as well. 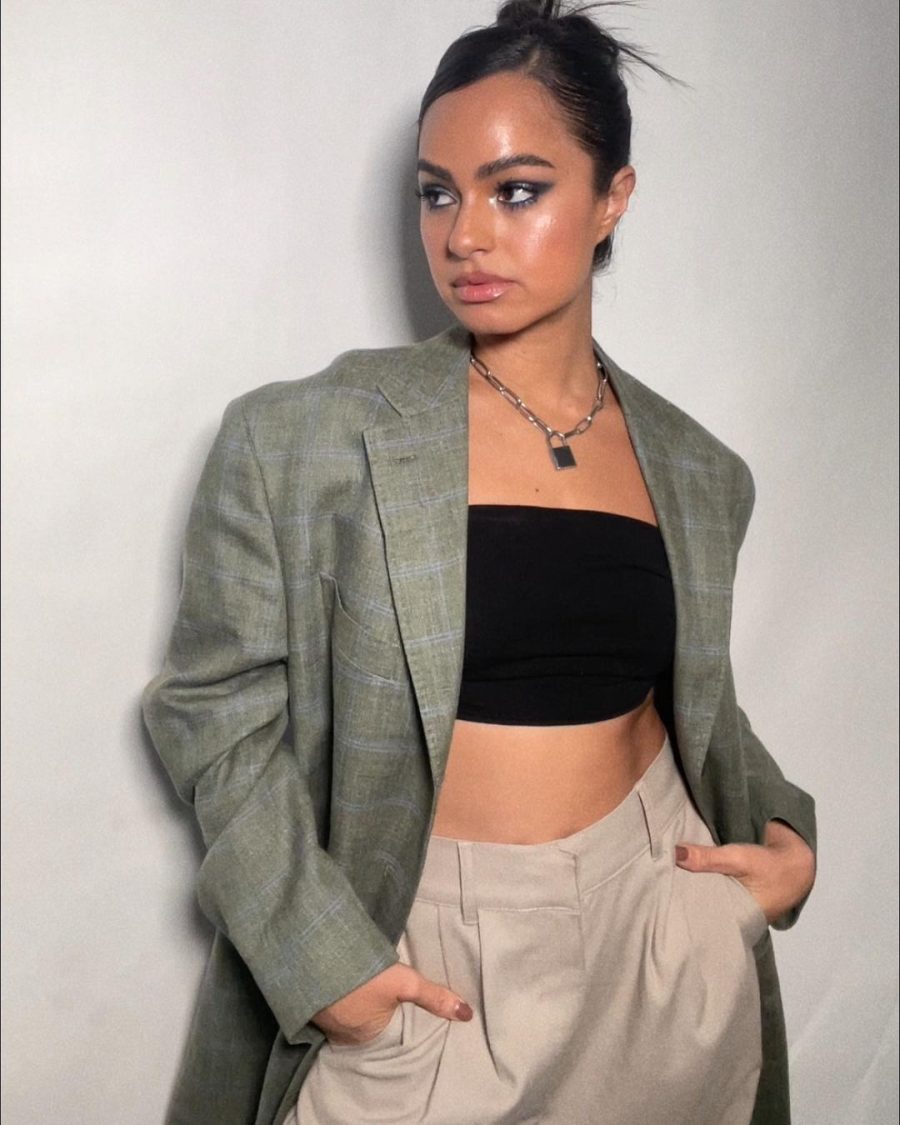 Amy Serrano is the girl you would want to take fashion advice from. She has a solid understanding of the industry and does feel dives into fashion trends. She has an undergraduate degree in fashion merchandising and knows her stuff quite well. Amy Serrano makes fashion content for her YouTube channel and has attained a good amount of following there.

The channel started in February of 2015. She has 374k subscribers on her channel and a total of 32.5 million video views. Amy is charming and confident in her videos. She gives quality fashion tips. You can subscribe to her channel for make-up, hair and fashion-related tips and tutorials. 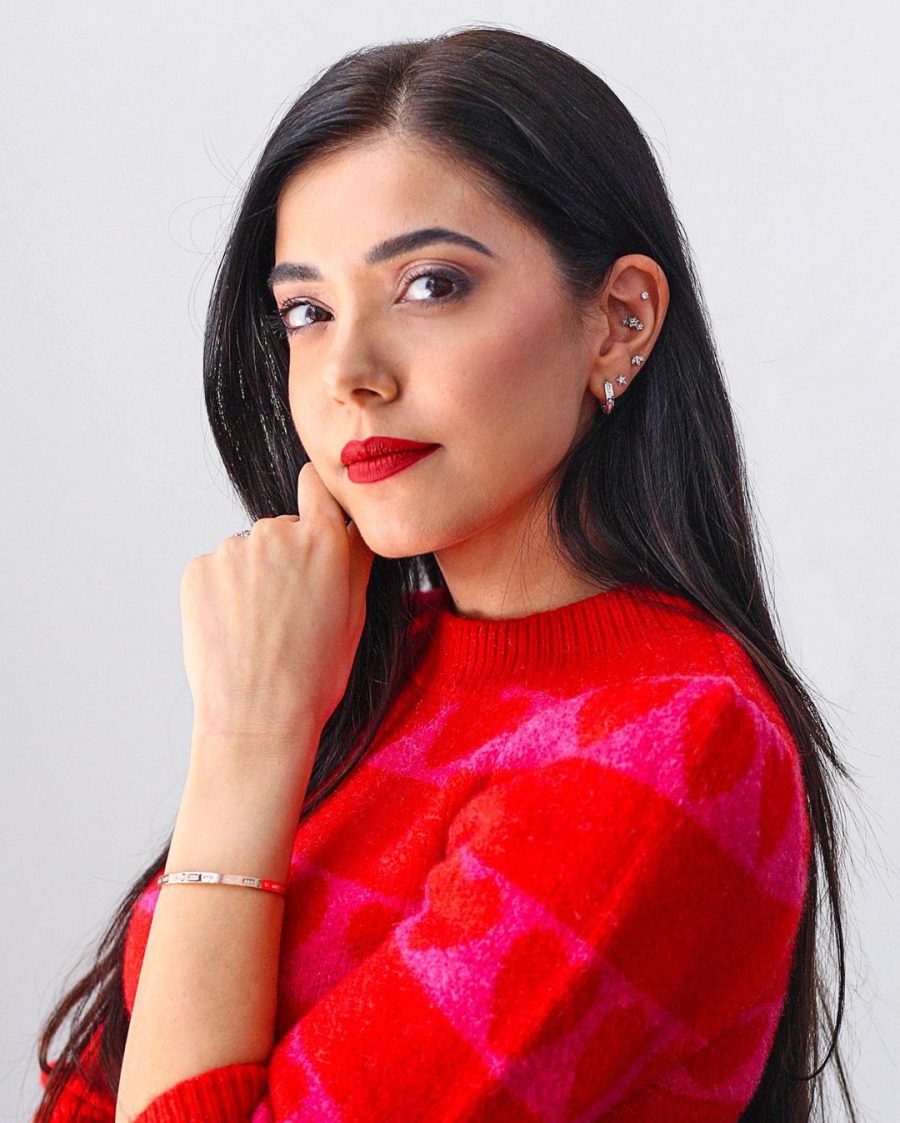 The next YouTuber on the list is for Italians. This is because Vanessa is from Italy and most of her videos are in her local tongue. She is one of the popular fashion YouTubers on the platform. Her channel has grown a lot in the past few years. She has uploaded close to 800 videos on her channel that have garnered her a total of 54.5 million views.

Vanessa currently has 347k subscribers on her channel. She does make-up tutorials and vlogs. If you need regular tips on fashion, make-up and styling then check her out. She is also popular on other social media platforms like Instagram and Facebook. You can follow her on those as well. 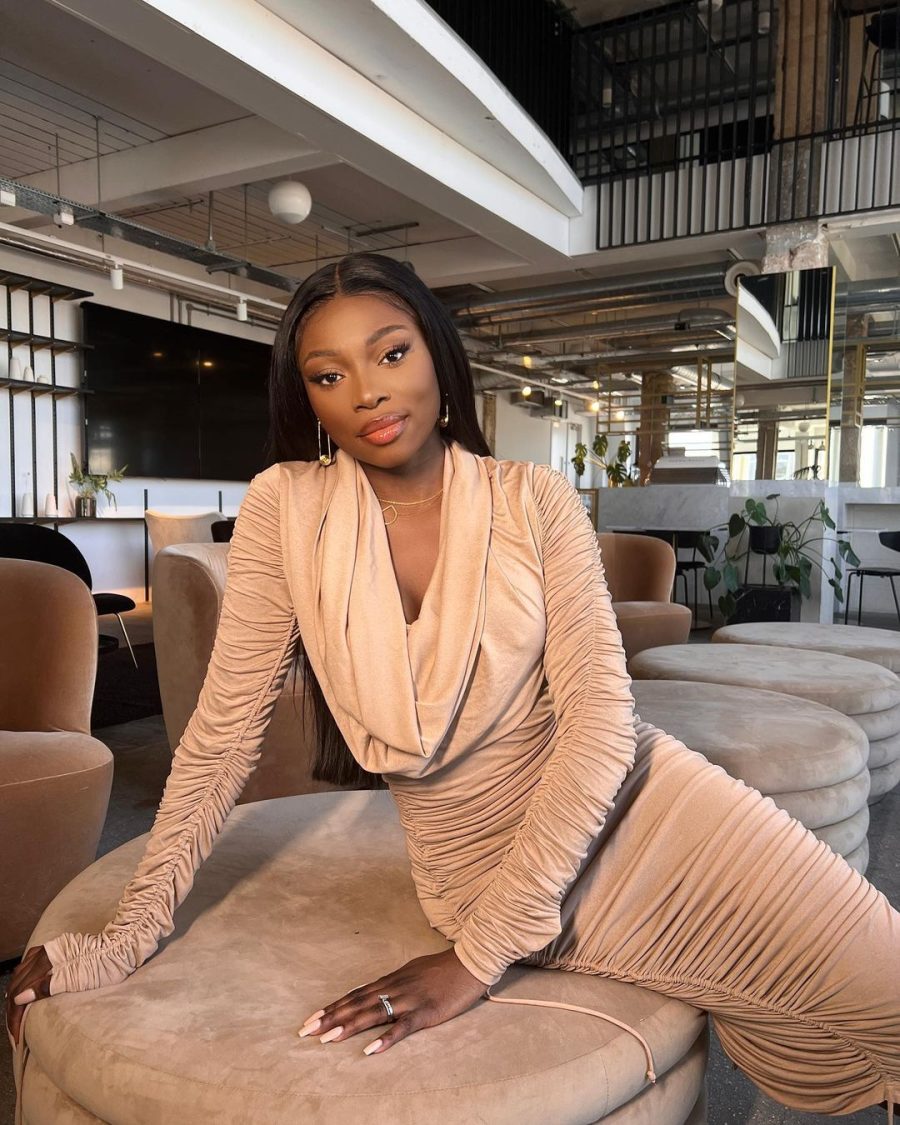 Patricia Bright is one of the most popular aesthetic YouTubers in this niche. She has 2.85 million subscribers on her channel and has her own show on YouTube originals called – If I Could Tell You Just One Thing. Patricia is quite influential on the internet in the fashion scene. Her videos bring in hundreds of thousands of views. Patricia has uploaded a total of 821 videos on her channel.

She is from the UK and her channel has over 354 million total video views. You will enjoy her vlogs and her fashion-related videos. She is more of an entertaining content creator in this niche. 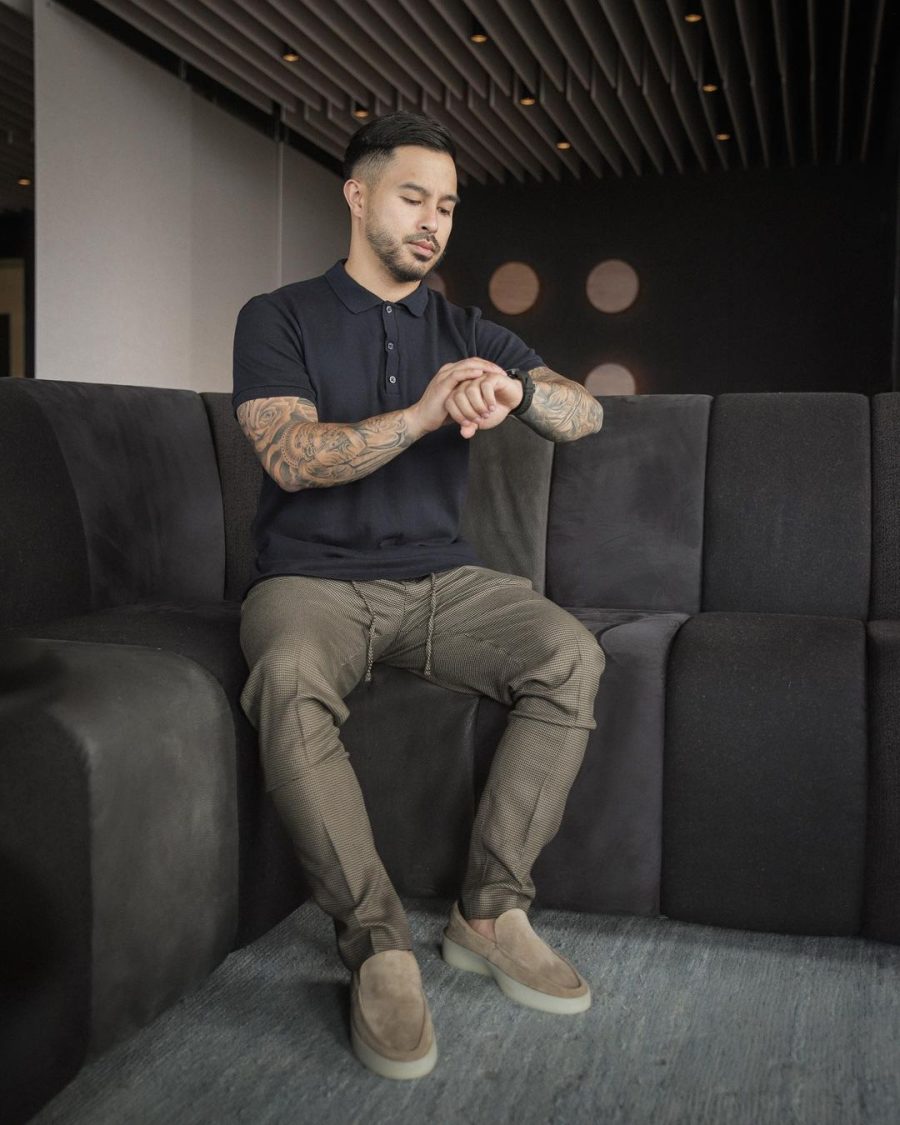 The last fashion YouTuber on our list is another male fashion YouTuber. Richie focuses on streetwear and sneakers. He is very good at providing styling and clothing tips on his YouTube channel. He has gained a considerable audience on the internet. His channel currently has around 1.15 million subscribers and his videos have garnered a total of 253.6 million views.

So, that’s it, guys. These were some of the best fashion YouTubers that you can check out. Don’t focus on subscriber count that much. Most of the fashion YouTubers on this list do not have millions of subscribers but their content is genuine. They provide quality tips that can help you improve your lifestyle and get better with your fashion sense. We hope you found some interesting YouTubers to follow.