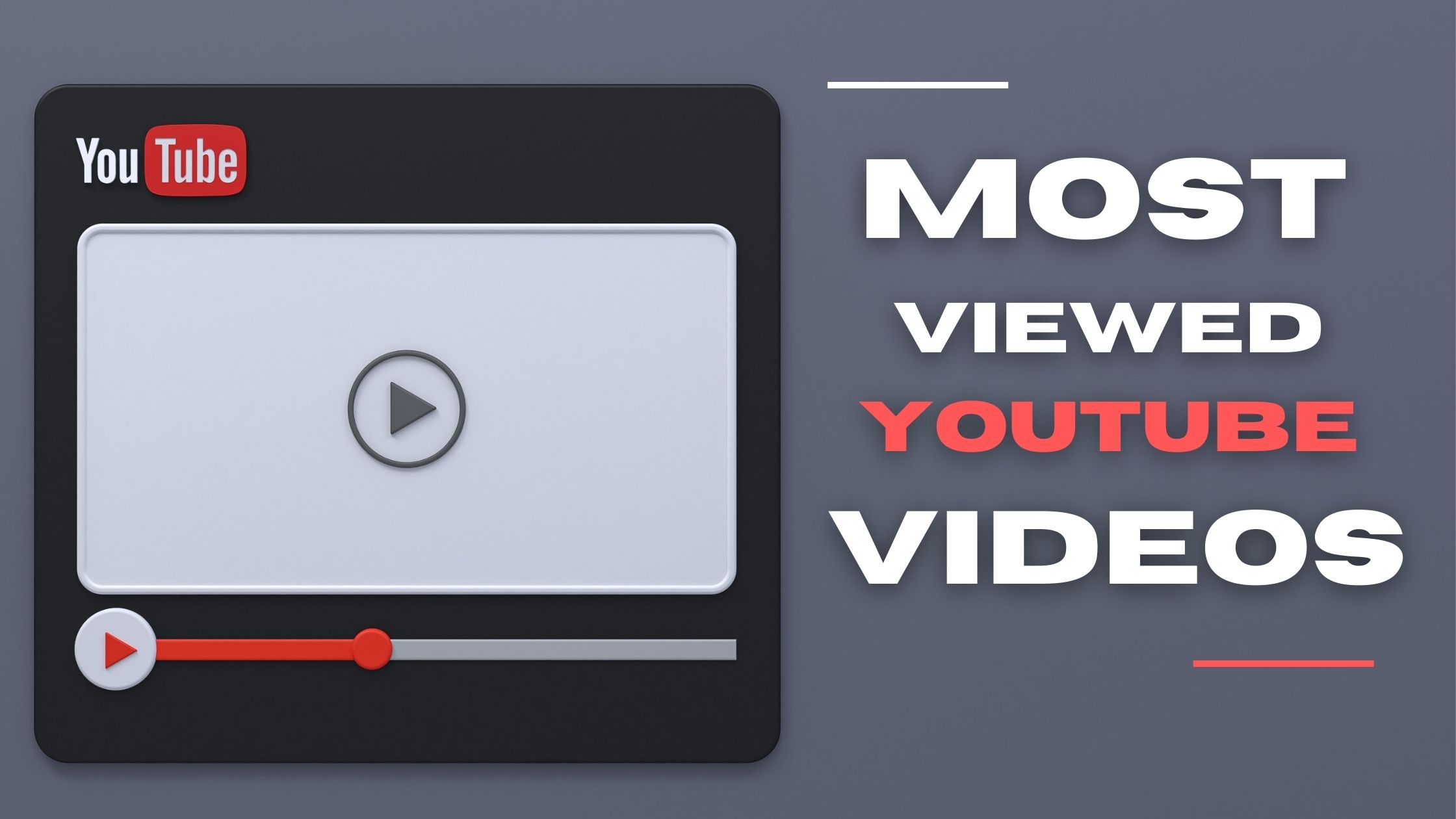 YouTube is a cornerstone of the modern-day world and the internet alongside. Gone are the days when it was just a website to stream fun videos. People have successfully converted making videos as a pastime into a full-blown profession. One reason behind it is the continued incline of people’s interest in YouTube and the platform’s popularity. YouTube is soon going to be 20 years old and the streaming platform has achieved countless milestones on its way. Here’s a look at some of the most viewed YouTube videos that attracted people from all over the world and garnered billions of views.

A video titled “Baby Shark Dance” uploaded by Pinkfong is the most-watched video in the history of YouTube. It has over 11.2 billion views as of date.

What’s the highest amount of views a video has received on YouTube in 24 hours?

The popular South Korean boy group BTS holds the record for drawing the most views on a single video within 24 hours of upload. They achieved this landmark with the 2021 song “Butter”, garnering 108 million views within a day of release.

What was the first YouTube video to cross the 1-billion mark?

What is the video with the most likes on YouTube?

The song “Despacito” by Luis Fonsi and Daddy Yankee is the most-liked video in the history of YouTube. It has over 47 million likes.

With more than 11.20 billion views, Baby Shark Dance is the undisputed king when it comes to views on YouTube. This video was uploaded to YouTube by a channel called Pinkfong in the year 2016. Today it got more views than the entire global population which is an incredible feat. in fact, this is the first and only video to cross the 10 billion mark.

The video being meant to be a learning aid for kids is a probable reason behind it. As can be noted, a significant majority of YouTube’s audience is made up of its younger audience.

The Spanish superhit song by Luis Fonsi took the internet and the music world by storm when it came out in 2016. Despacito has 7.96 billion views today and might cross the 8 billion mark soon. Regardless, it is enough to put the song second on the list of the most viewed YouTube videos.

The song also featured rapper Daddy Yankee and had a separate version with Justin Beiber as well. It is also the most-liked video on YouTube currently with 47 million plus likes.

Johnny Johnny Yes Papa might not mean anything more than a silly old kids’ poem to many. But those who frequent the internet regularly might remember the fury it caused a bunch of years ago.

Reaching just above a minute and a half mark, this rendition of the classic rhyme has 6.43 billion views today. Popular among kids, the video is not well-received by adults. In fact, it was one of the most disliked videos on YouTube before the dislike feature was removed.

Up next is the 2017 song “Shape of You” by the global sensation Ed Sheeran. It is also his most-watched music video with 5.79 billion views as of now. It also has 30 million likes on it which makes it one of the most-liked videos of all time as well.

There are over a million comments on the song and Sheeran’s fans keep adding to it every day.

See You Again left no eyes dry when it dropped back in 2015. The Wiz Khalifa and Charlie Puth song was different from any other movie soundtrack. It paid tribute to the late great actor and a centerpiece of the Fast & Furious franchise, Paul Walker.

With heartwrenching lyrics and scenes featuring a CGI-recreated Paul Walker, the song still tugs at the heartstrings of the fans of the actor and the franchise.

It’s no secret that songs and rhymes made for kids do exceptionally well on YouTube. Those kinds of videos make multiple appearances on this list with “Bath Song” being the latest one to be featured. Bath Song was uploaded by the popular kids’ channel Cocomelon in 2018.

The video has 5.58 billion views as of today. Cocomelon is also one of the most subscribed YT channels with 142 million subscribers.

Another song for kids making the list and this time we have “Phonics Song with Two Words”. The video teaches kids two words beginning with each letter in the English alphabet.

The uploader channel is titled “ChuChu TV Nursery Rhymes & Kids Songs”. The video was uploaded in the year 2014. It has 4.84 billion views at present and the count is only going up with time.

The 2014 collab between Mark Ronson and Bruno Mars makes it to the 8the spot on the list. The retro-style funk and pop combo was an instant hit among both fans and critics alike.

It topped multiple charts and did exceptionally well on YouTube as well. Today, the video has 4.67 billion views. It also has 19 million likes and 595k comments on it.

The trend of kids’ videos and songs grabbing big numbers continues with “Learning Colors – Colorful Eggs on a Farm”. This one was uploaded by a Russian channel named Мирошка ТВ (Miroshka TV) in 2018.

This video helps kids learn new colors with the help of a few eggs on a farm, all in different colors. It has 4.61 billion views in total as well as 12 million likes.

Gangnam Style took the whole world by storm when it dropped back in 2012. The superhit South Korean single by PSY was the introduction to K-Pop for many around the world. K-Pop is a massive industry today and Gangnam Style has a place reserved in its history books.

It was the first YouTube video ever to gain 1 billion views. Today, the song has 4.52 billion views. The music video has 25 million likes which makes it one of the most-liked videos on YouTube as well.

Marsha and the Bear – Recipe For Disaster

Marsha and the Bear is an episodic series that has been running on YouTube for around a decade. The series focuses on a kid named Marsha and her various adventures with her bear. Their entertainment and educational format is extremely popular among kids.

While the videos are uploaded on a channel of the same name, this specific video is on a channel named Get Movies. Get Movies uploaded it in 2012 and it has 4.51 billion views today.

Wheels on the Bus

Cocomelon added a new dimension to the rhyme with their amazing animation and, unsurprisingly, pulled massive numbers from all over the world. The video has over 4.30 billion views today.

Dame Tu Cosita has 4.04 billion views on YouTube which makes it the 13th most-viewed video in the platform’s history. While most might only know the song for the memes and the weird alien, it goes deeper than that.

Sugar by the American pop rock band Maroon 5 is number 14 in our list of most viewed YouTube videos. It has 3.74 billion views as of today alongside 15 million likes. Maroon 5 started making music in 1994 and is still active to this day.

Sugar came out in 2015, a feature on their studio album titled “V”. Aside from gaining a lot of views, the song did great on charts and commercially as well.

Katy Perry is one of the most popular artists to ever have come out of the United States. Hence, it is only natural for her to have a spot on this list.

The lead single “Roar” from her 2013 album Prisms did the honors, bringing in over 3.64 billion views. There are 15 million likes on the video as well.

The song enjoyed its time in multiple charts. Since its release, the song has also sold over 41 million copies worldwide.

Justin Beiber is a name that is etched in pop culture history forever. The Canadian singer had the world polarised for a long time. Whether loved or hated, Beiber always made headlines with his music.

His 2015 song Sorry got him entry into the most viewed YouTube videos of all time. The song has 3.58 billion views.

Ed Sheeran appears on here for the second time, making him the only artist to have two songs in the top 20 most-viewed YouTube videos of all time.

This time it’s his 2014 release “Thinking Out Loud”. The song was featured on his second studio album “x”. It has 3.49 billion views as of now.

Axel F was originally an instrumental for the 1994 buddy cop thriller Beverly Hills Cop. But this video has nothing to do with the movie. Crazy Frog is an animated character based in Sweden that covered the song in 2005, combining it with various samples.

The Crazy Frog channel uploaded a music video to it in 2009 which has 3.48 billion views today.

Cocomelon makes a third appearance with their 2018 video “Baa Baa Black Sheep”. The animated video is a modern take on the popular nursery rhyme.

It has 3.35 billion views and counting. The channel Cocomelon has more than 138 billion total views combined.

These were 20 of the most viewed YouTube videos since the platform’s inception. They have contributed the most to the trillions and trillions of views and watch time hours that have been put into YouTube over years. Records are meant to be broken and we are sure YouTube will go beyond and videos of the future will probably unseat the ones on the list. Till then enjoy watching these videos and more or even making some of your own. 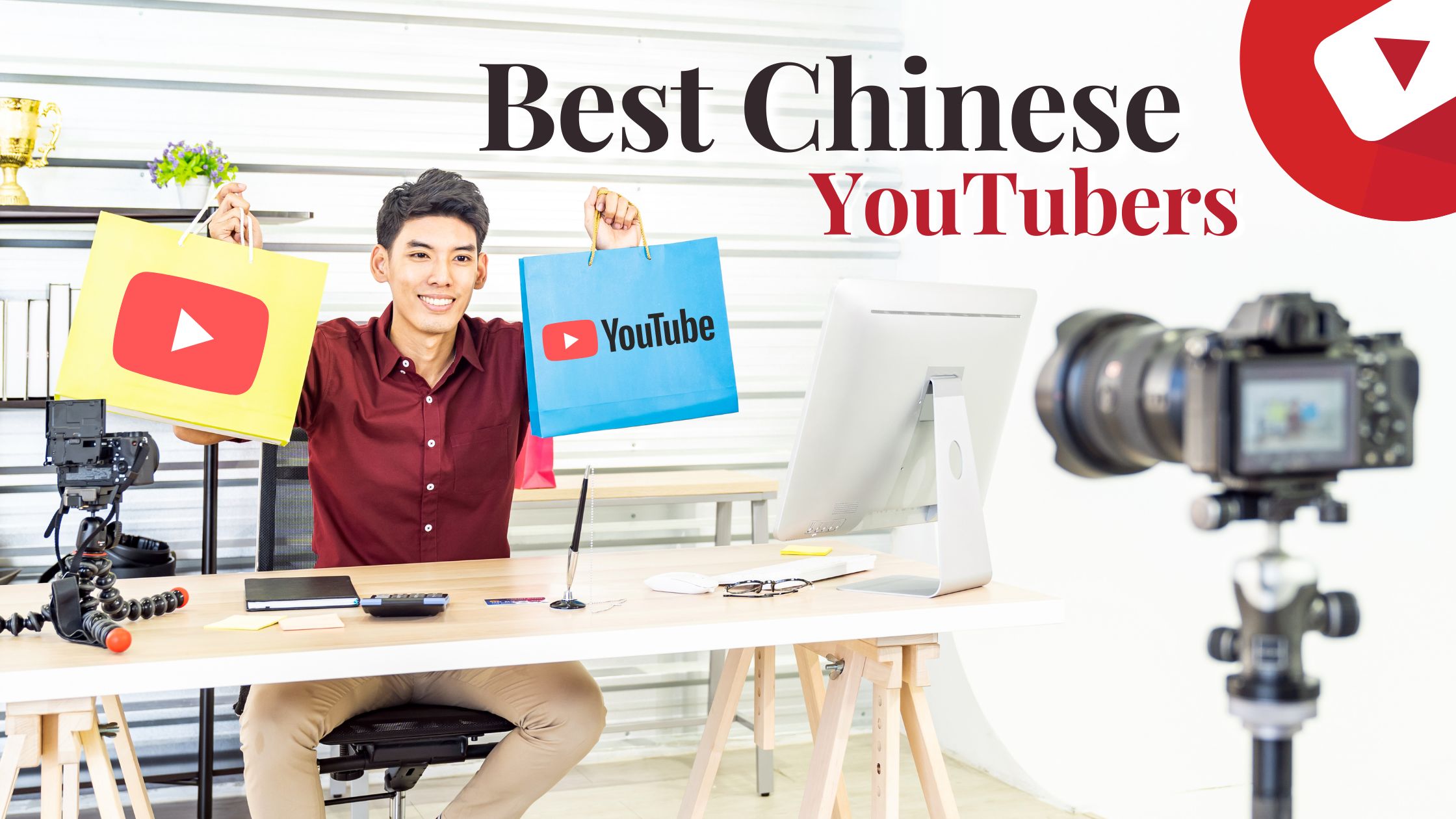 30 Best Chinese YouTubers You Should Subscribe To! Indeed YouTube is everyone's go-to medium for entertainment, information, and education. Chinese YouTubers are making a great impression when it comes to content creation in the Asian region. This has fetched individuals from the entire globe much closer to each other. These top ... 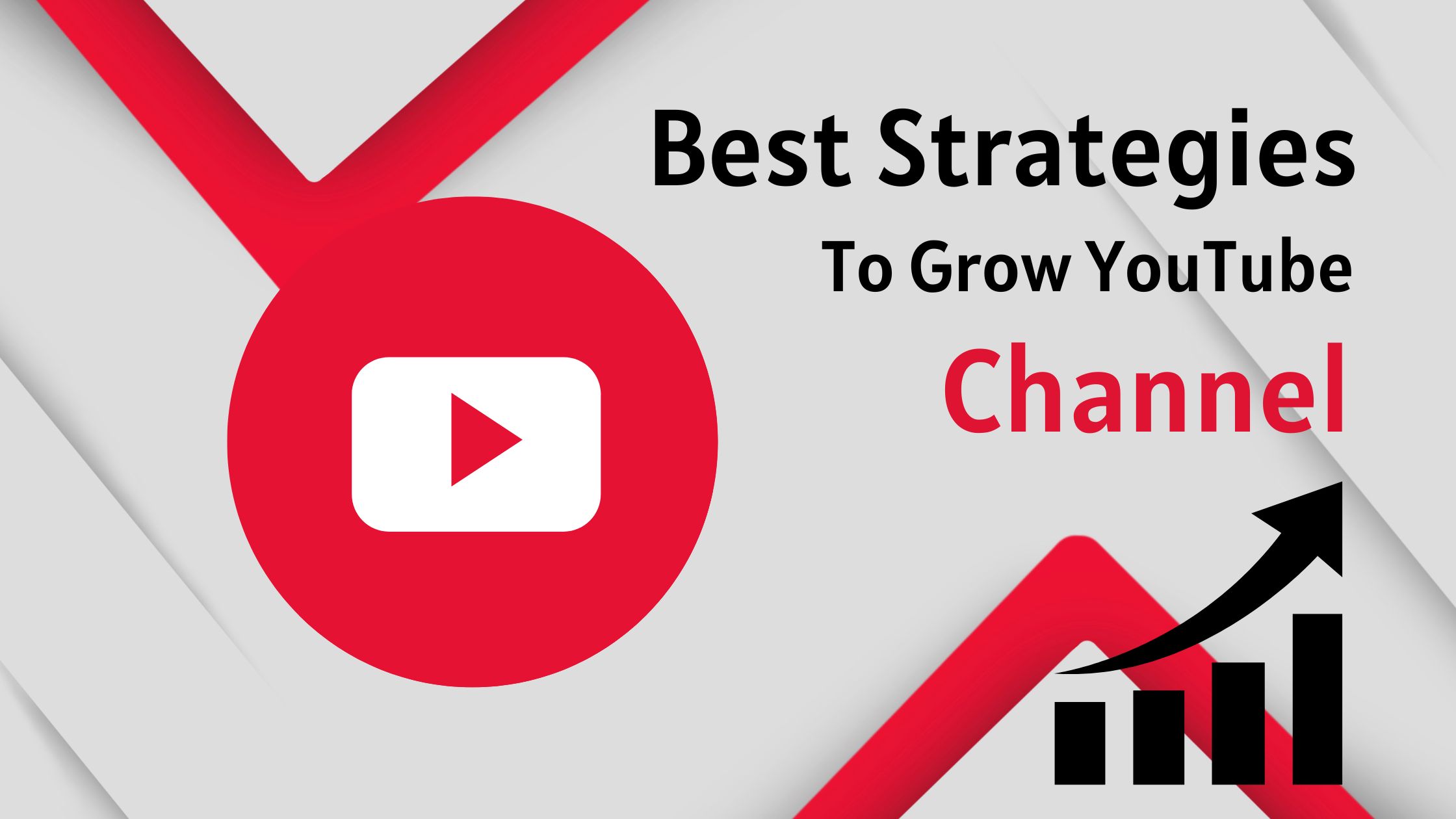 20 Best Ways to Grow YouTube Channel (Proven Strategies) With the rise of YouTube and its popularity as a social media platform, it's no wonder that many people are looking to start and grow Youtube channel. However, with so many channels vying for attention, how can you make yours stand out? In ... 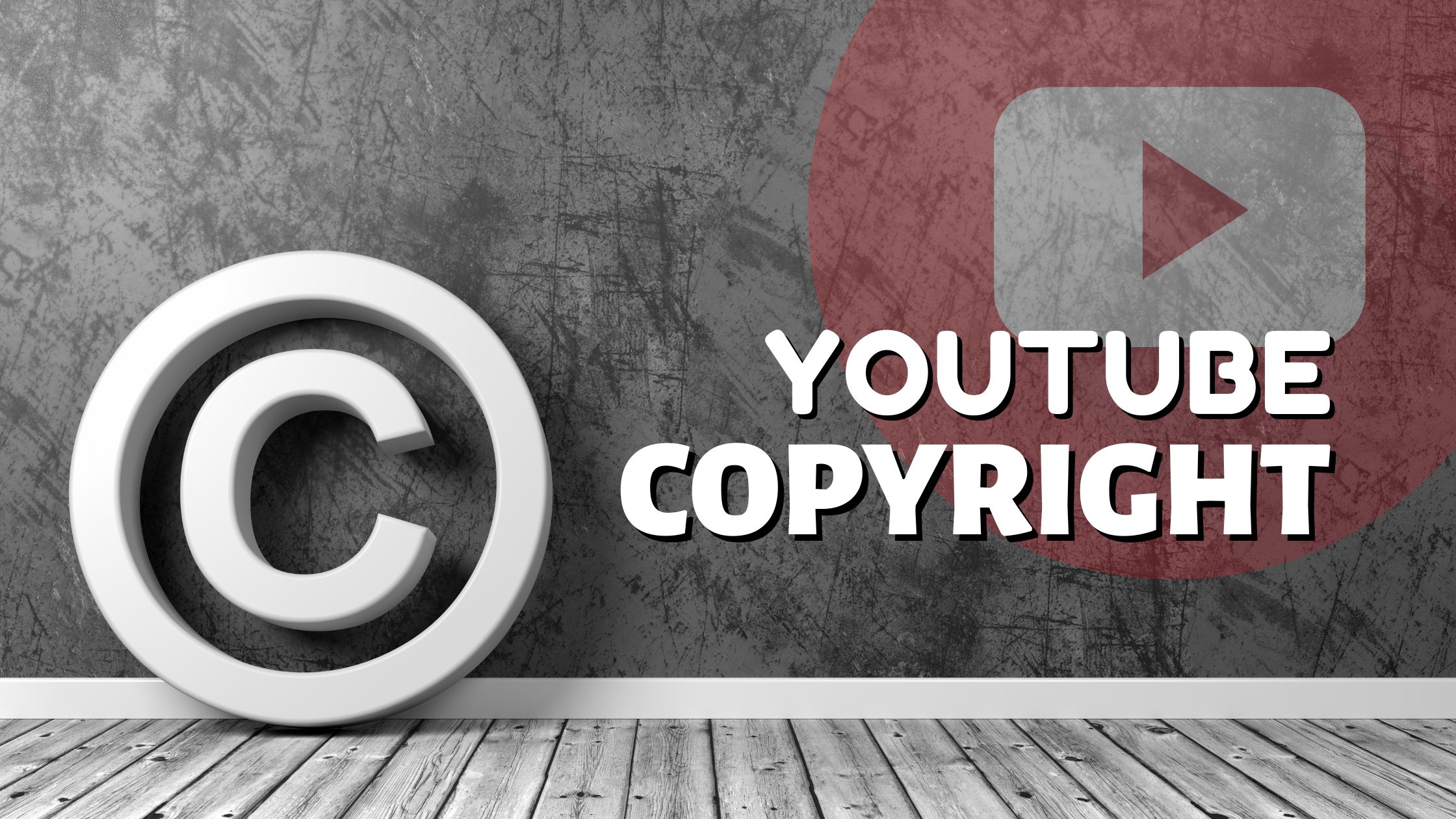 If you have been using YouTube for a considerable amount of time you must have heard of the terms copyright strike and copyright claim. Many YouTubers mention these terms in their videos, generally in a negative light. That's because these terms can affect their videos and channel growth. But YouTube ... 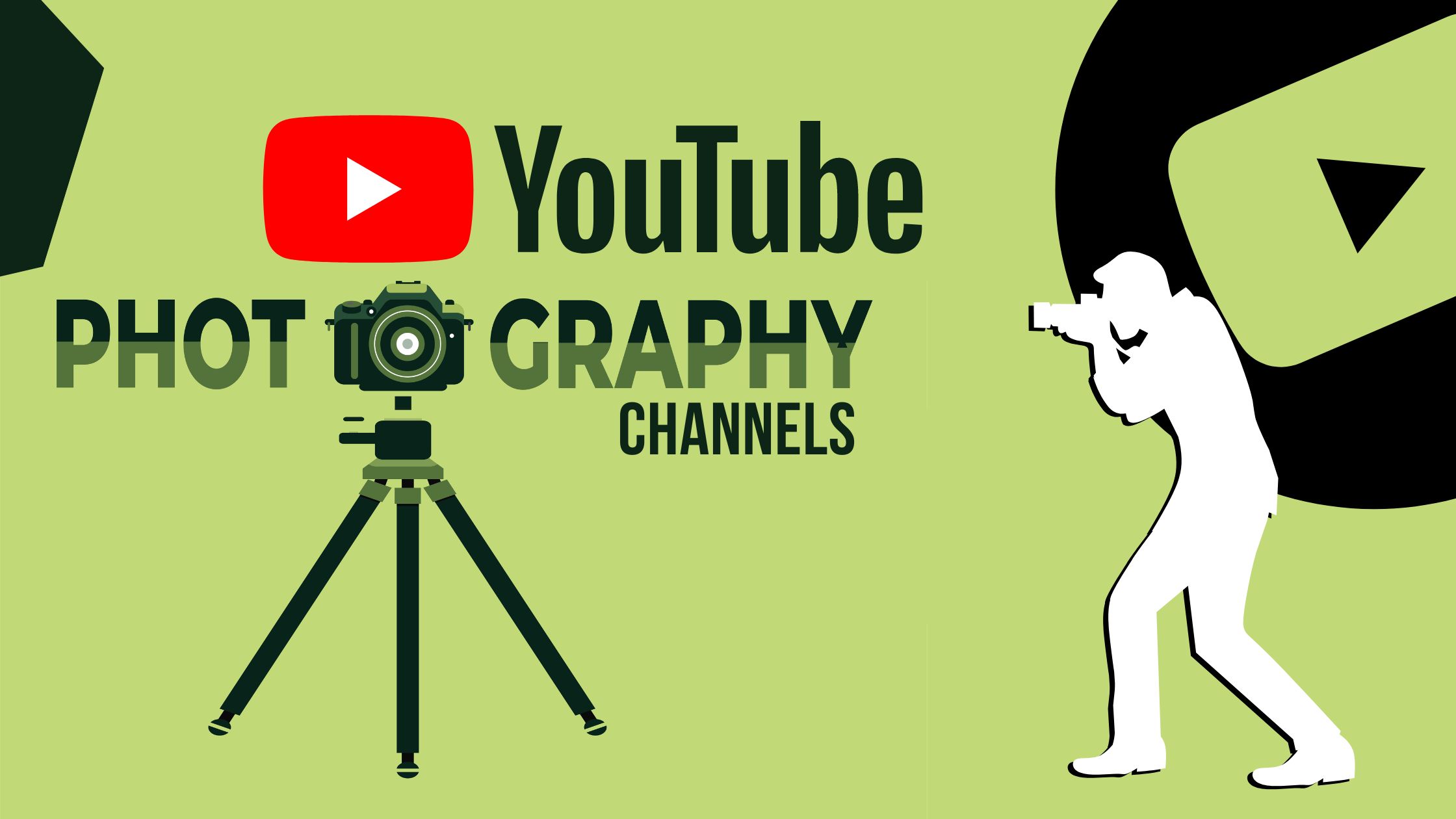 Are willing to learn photography through Youtube? If so, then learn from the photography experts and influencers via youtube. Learning from such professionals will aid you to understand in an easier way, and you will learn quickly. Multiple talented and knowledgeable YouTubers put out awesome content for views in all ... 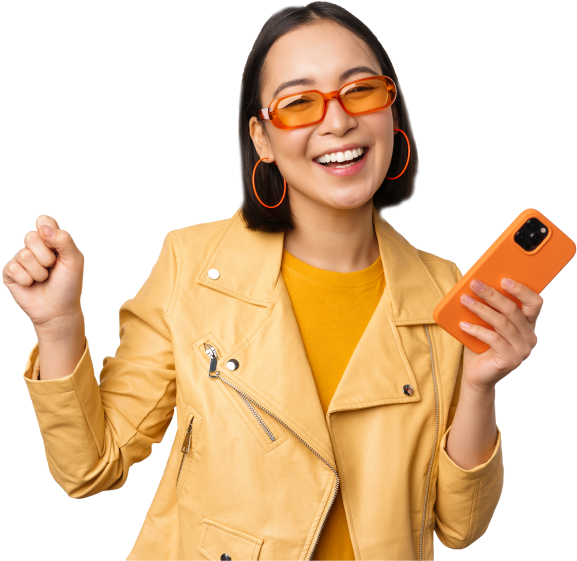 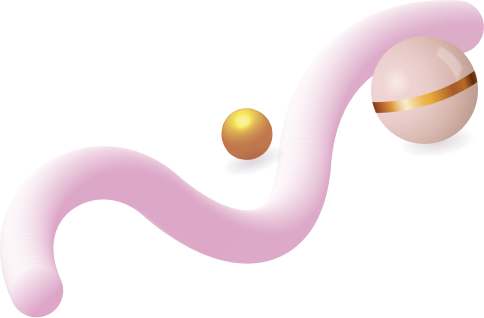 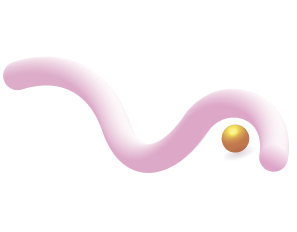 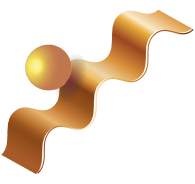 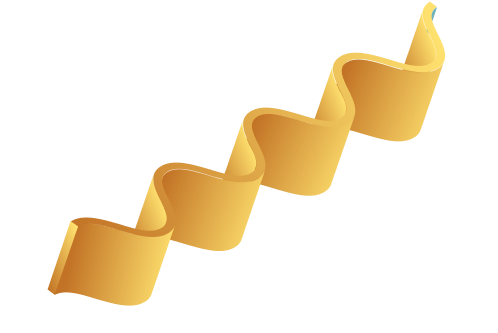 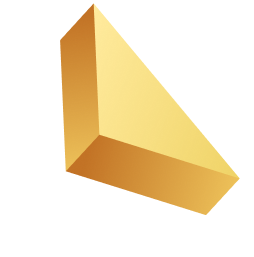 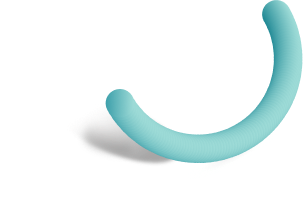 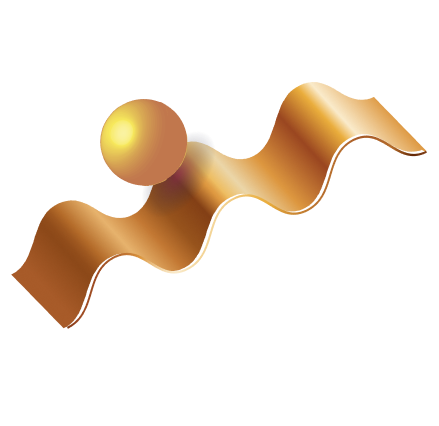